20 Amazing Places You Must Visit in Porto!

The ancient Portuguese city of Porto, which gave the country its name, is an inexhaustible Portuguese treasure. Porto is so atmospheric and one-of-a-kind, that every visitor will find something to see. The maze of its narrow streets can be walked indefinitely, admiring ancient architectural masterpieces, colorful houses with dark red tiled roofs, numerous museums, pompous Baroque churches, and other Porto attractions.

This is usually where organized excursions to Porto begin. The introduction to Portugal’s national color begins here, in the medieval cobblestone streets full of colorful monuments. The sounds of Ribeira’s many taverns and restaurants blend into a chorus that lasts from early morning until late at night. Ribeira’s colorful old houses are up to three hundred years old, and each structure is unique in its own way.

The city’s main square, surrounded by mansions and administrative buildings decorated in a laconic Art Nouveau style, stands in stark contrast to Ribeira’s diverse and chaotic variety. The buildings surrounding the square were all constructed in the same architectural style and according to the same design. A 19th-century monument erected in honor of King Pedro IV crowns the square.

This street can be called one of the key tourist attractions of Porto. It is the first thing to visit in Porto for every first-time visitor. It is here that everyone can shop for quality goods and memorabilia – a walk along Santa Catarina is like a visit to a museum, with colorful and creative shop windows as exhibits. The neighborhood’s buzz never stops until late at night. Everyone arriving here for the first time seeks to visit as many souvenir shops, stores, local pastry shops, and cafes as possible. 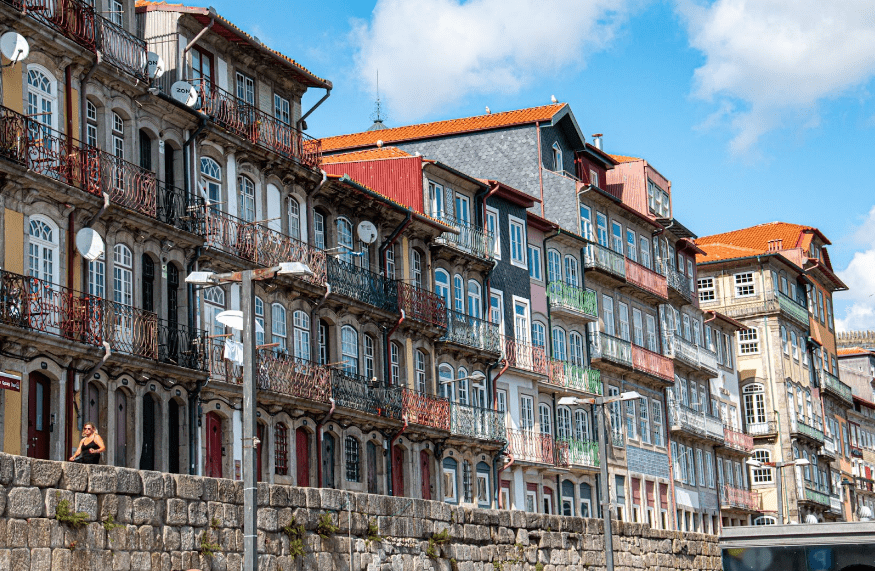 The Café Majestic, which will soon turn a century old, is one of Porto’s main attractions. It is a truly iconic institution in which the coffee culture of Portugal is fully reflected. The cafe’s exterior and interior design are both works of art in their own right. Carved ceilings, sculptures, and furniture made of solid natural wood captivate with their beauty and subtlety of execution. Visitors to the cafe can order fresh aromatic pastries and a variety of the best Portuguese coffee.

Today, tourists choose this famous location when deciding where to go in Porto – they come here not only to buy one of the books, but also as a museum – to admire the magnificent architectural creation. The Lello brothers founded the store in 1894, commissioning one of the talented architects of the time to design the premises of the future library. The intricate wood carvings, the curved staircase, the stained glass mosaic on the ceiling glass, and the luxurious Art Deco façade are still visible today as a result of this work.

The bishop’s palace, located in the city center on a hill near the cathedral, was built in the Middle Ages and served as the bishops’ residence until the nineteenth century. The current appearance of the palace is the result of a thorough reconstruction of the former Romanesque structure. The building was significantly enlarged in the 18th century, and its architectural execution incorporated Rococo and Baroque elements. 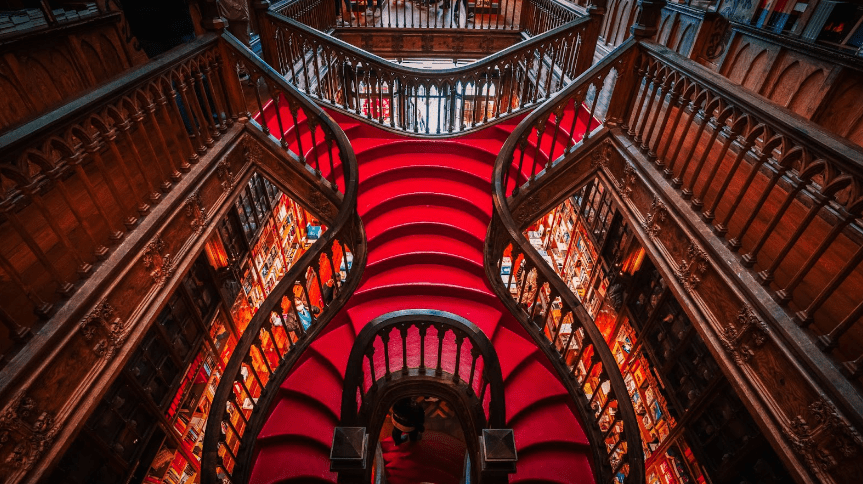 Another palace in Porto’s historic district is the Exchange Palace, which was built on the ruins of a Franciscan monastery that burned down in the nineteenth century. What was left of the structure was quickly taken over by local merchants. As a result, a neoclassical structure grew up on the site, and its interiors have survived in perfect condition to this day, eliciting genuine admiration from visitors. This is how the business building was transformed into a true palace, complete with a museum containing sculptures and paintings.

The following suggestions are for a site with an unusual architectural appearance. The House of Music, located in Porto’s historic center, is a deconstructivist structure that opened its doors only recently – in 2005. Today, the building has become one of the city’s new symbols, serving as a concert hall, thanks to its unusual appearance and cultural significance. Inside, there is a hall that seats approximately 1,000 and a half people, as well as a restaurant, a cafe, a music store, and rehearsal rooms.

It is the city’s main train station, where trains arrive from all over Portugal, but that is not the only reason it has become a popular tourist destination. So Bento is a popular tourist destination in Portugal that was built on the site of a burned-down Benedictine monastery at the turn of the twentieth century. It is also one of Europe’s most beautiful train stations, with all of its interior walls covered in azulejos depicting famous episodes from Portugal’s glorious history. 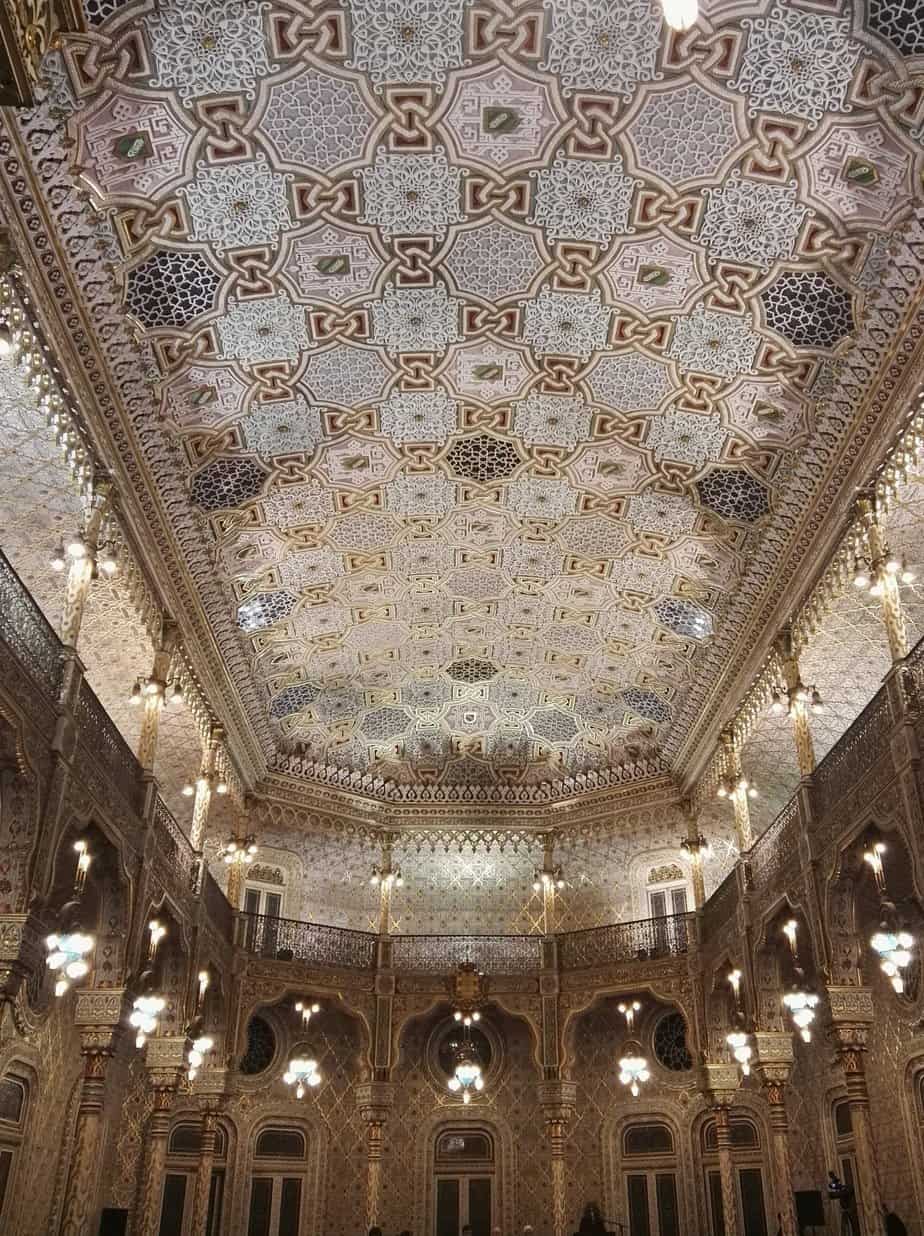 The Cathedral of Porto rises in the city’s highest point, in its historic center. Because the cathedral was repeatedly rebuilt and supplemented, its exterior design has lost architectural unity over time. Its exterior, dominated by leaden-gray tones, is austere and even harsh, making an even stronger impression on visitors. The Romanesque rose window is the cathedral’s most recognizable decoration, and the 800-kilogram silver altar walled in the altar niche is its main jewel.

Another draw of the ranking is the Carmelite Church, which is part of a larger ensemble with the Carmo Temple. These two structures, built in the late Middle Ages, are located in Porto’s historic district. The Carmo church’s facade combines Baroque and Rococo elements, whereas the Carmelite facade is an example of the Classicist style that characterizes many Portuguese churches. The interiors of the churches are breathtaking, with an incredible amount of gilding and other elaborate decoration.

The Clerigos Tower is another well-known Porto landmark. This tall structure can be seen from anywhere in the city, making it a great landmark for tourists arriving in Porto, and it was also a landmark for ships arriving in Porto in previous centuries. In fact, the tower is the Clerigouche temple’s bell tower. The church, which was built in the 18th century, is still open for Catholic services. The lavishly decorated Baroque façade is adorned with statues and relief paintings, and the main entrance is reached via a staircase with figurative balustrades.

Construction on the church, which has become an important landmark in Porto, began with the appearance in the 13th century of the Order of the Poor, founded by St. Francis. The church’s foundations were laid then, but construction continued until the 15th century, when King Ferdinand I made a substantial financial contribution to its completion. The church’s exterior is in the austere Gothic style, but the interior decoration in the Baroque style surprises with luxurious and rich decorations – for example, more than 300 kilograms of solid gold were used for the interior decoration. 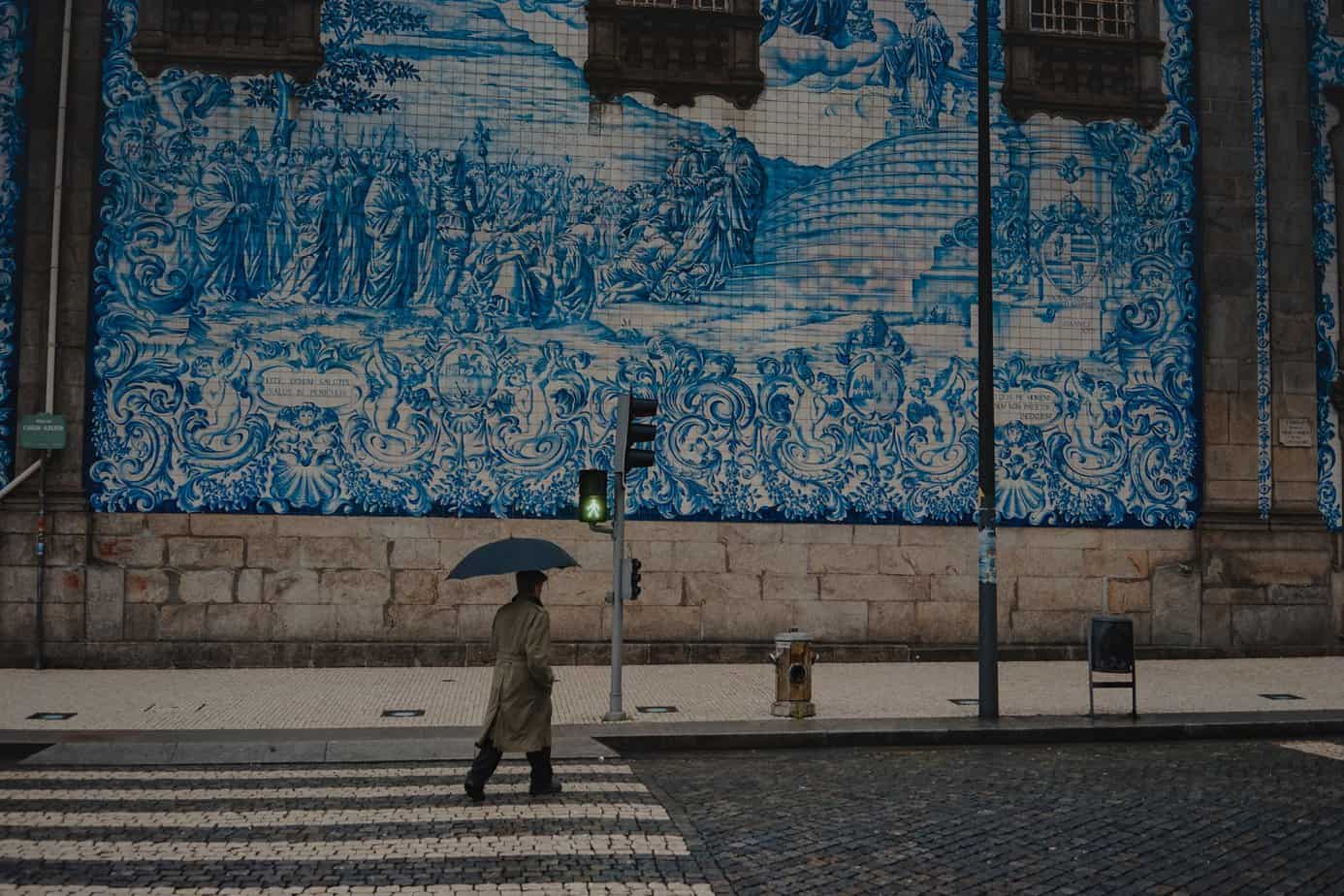 Built in the 18th century, the chapel was once a simple and unremarkable structure until its façade was completely covered with massive panels of traditional azulejo tiles. The blue-and-white panels depict significant scenes from the lives of St. Francis and St. Catherine, both of whom the chapel was built in their honor. Similar paintings adorn the chapel’s interior. According to Porto guides, there is not a single building in the city that is not lavishly decorated with Portuguese tiles.

The museum in the Carrancas Palace grounds summarizes Porto’s main attractions. It is one of the most popular museums in Portugal and houses the most extensive collection of Portuguese masters’ national art. The collection began with court masters’ works and works confiscated from monasteries. The sculptor Antonio Soares dos Reis, after whom the museum was renamed, is featured prominently in the exhibition.

For the majority of its history, Porto has been a haven for great artists. It wasn’t until the twentieth century that a new generation of architects in the city decided to build a contemporary art museum in the Serralves Manor. Alvaro Siza Vieira designed the museum in a modern minimalist style. The museum welcomed its first visitors in 1999, who were able to explore a collection of contemporary creations dating back to 1968. Every year, the museum hosts exhibitions of works by many Portuguese contemporary artists.

A port wine museum dedicated to the famous local wine, port wine, can be found in one of Portugal’s oldest wineries in the Alto Douro region. The history of the drink, its production, and many of the devices used in the wine-making process are explained in great detail and interest during the tour, according to feedback from visitors to this museum. Guests can also visit the tasting room and sample all of the different varieties of high-quality port. 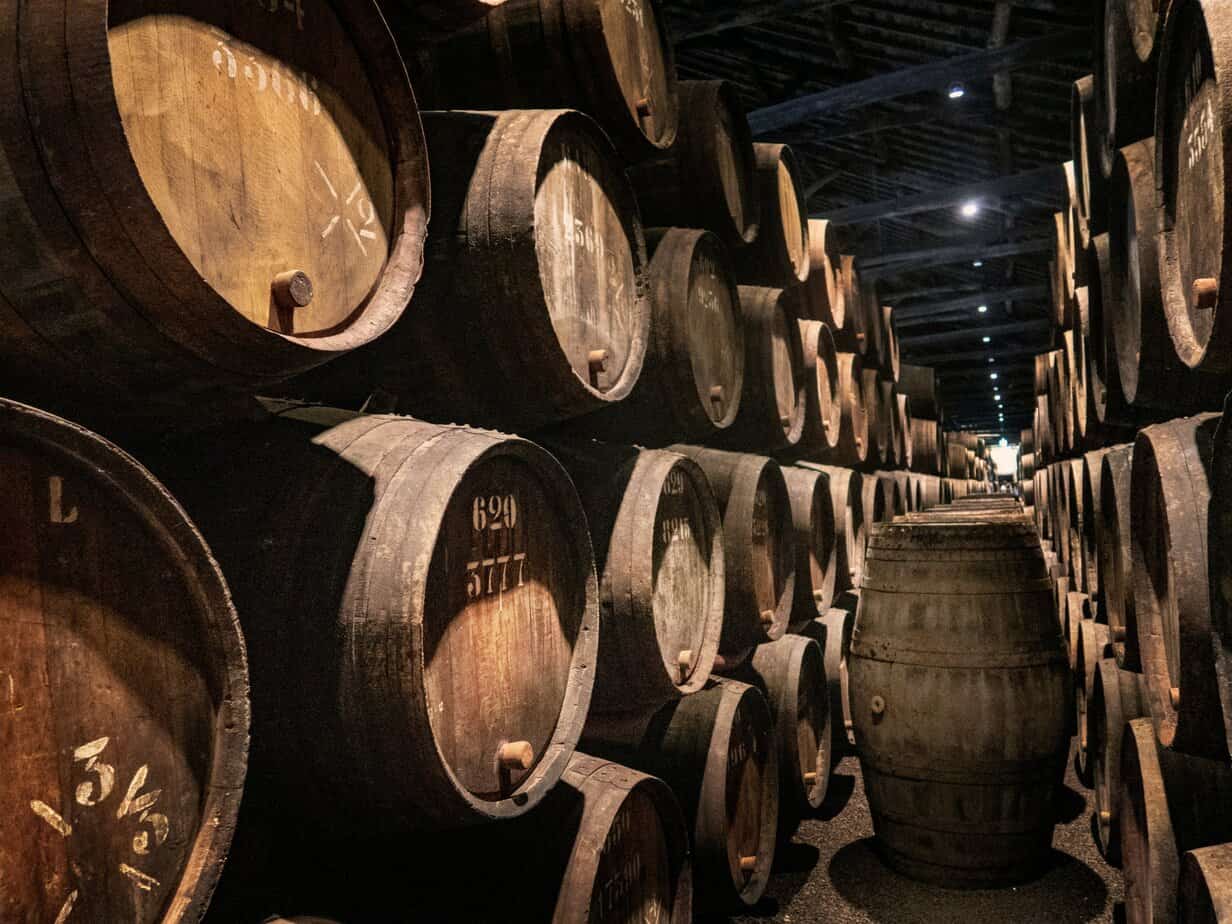 Dragao is the Portuguese soccer club’s home stadium, which was built specifically for the 2004 championship and has since become an important landmark. It is Portugal’s second largest stadium, where the national team currently plays. It can hold more than 50,000 people. The stadium’s name is derived from the dragon depicted on the Portuguese club’s emblem.

The Lus I Bridge, built at the end of the nineteenth century, is one of the most memorable bridges crossing the country’s many rivers. The bridge, which connects Ribeiro and Vila Nova di Gaia, is a massive metal structure with two bridges. The bridge is a massive metal structure with two levels, the first for cars and the second for the metro. You can walk across the bridge and be impressed by its grandeur – there are separate paths for pedestrians.

Because of the large altitude difference in the area where Porto is located, diverse and even somewhat exotic transportation, such as the funicular railway, is required. The only cable car in Porto connects two city districts: the famous touristy Ribeira on the sea coast, with its famous Porto hotels and restaurants, and the more modest Batallia in the hills. A spacious carriage with transparent walls travels for 280 meters on a monorail in 3 minutes.